Wildlife officials had blunt advice after a northern snakehead was reeled in for the first time in the state. The invasive species can breathe on land and crawl like a snake.

It was described as “a companion for the Creature from the Black Lagoon” when it appeared in Maryland, as “Frankenfish” when it was caught in Virginia and as the “freshwater fish equivalent of a tank” when it showed up in the Harlem Meer in New York.

There has been no end to the creepy descriptions of the snakehead fish, a slimy, toothy, large-jawed animal that can breathe on land and crawl like a snake, in the decades that it has popped up in freshwater lakes, ponds and rivers in the United States.

“These fish are like something from a bad horror movie,” Secretary of the Interior Gale Norton said in 2002 when she proposed a banon the import and interstate transportation of the “voracious” live snakehead fish in the United States.

Snakeheads, which are not indigenous to the United States, have nevertheless cropped up in 15 states, even after the ban. And this week, the Georgia Department of Natural Resources announced that its turn had come: A northern snakehead, one species of the fish, was found for the first time in the state, reeled in last week by a man in Gwinnett County.

Get what you need to know to start your day, delivered to your inbox.

The department had clear instructions for any resident who comes across another one: “Kill it immediately.”

Then you should “freeze it,” the department advised, helpfully reminding people, “Remember, it can survive on land.”

The government’s 2002 move added snakeheads, a voracious fish that is indigenous to Asia, Malaysia, Indonesia and Africa, to the federal Lacey Act, which makes it illegal to trade in some forms of wildlife, including nonnative species that are deemed to be injurious.

Snakeheads can survive in freshwater and are described as predators that can eat tiny animals, and travel across land, living out of water for several days.

“They have the potential to cause enormous damage to our valuable recreational and commercial fisheries,” Ms. Norton said in 2002. “We simply must do everything we can to prevent them from entering our waters, either accidentally or intentionally.” 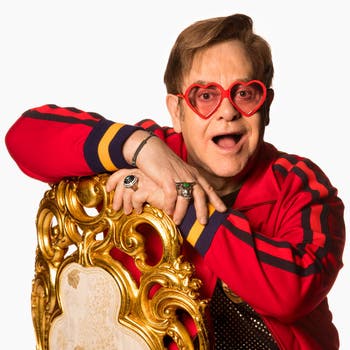 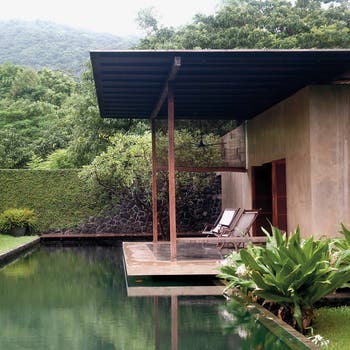 This Is an Indian House, According to One Architect 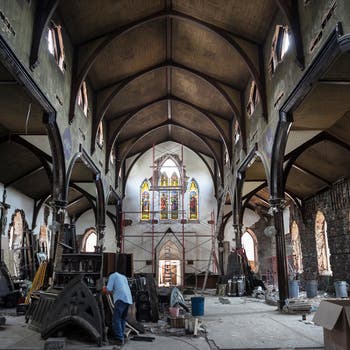 For Churches, a Temptation to Sell

Scott Robinson, a fisheries operations manager with Georgia’s Wildlife Resources Division, said that department officials were contacted late last week by a fisherman who had dropped a line and lure in a pond on private property near Lilburn, a city of about 11,000 people in Gwinnett County.

The man reeled in his catch. It looked odd, and he took a photograph and threw it back, Mr. Robinson said. “I think he was concerned,” he said. “He knew it was a nonnative species.”

The fisherman spoke with a state biologist, and this week, the hunt was on. A team went to the pond on Wednesday and nabbed an adult snakehead almost two feet long — possibly the one caught last week — and three juvenile snakeheads, Mr. Robinson said.

Asked where they were, he said, “Dead and frozen.”

On Thursday, the team spread out to search streams and wetlands in the area and reports came in to the department’s Facebook page with possible sightings, “but none we have been able to verify,” he said.

But really, what is wrong with having a nonnative species among us?

The snakehead is not only voracious but can also reproduce at a high rate, disrupting the balance on land and in water, Mr. Robinson said. That could affect fish populations native to Georgia, including species of bass and sunfish, he said.

“They are a predator that eats mostly other fish, but also amphibians, small animals, frogs, lizards,” he said. “It will compete with our native species for food and habitat.”

“We are disappointed, mostly,” he said.

The northern snakehead is native to parts of China, where it is a meaty staple harvested in farms, and to Russia and Korea, according to federal data.

It was cultured in Arkansas until the 2002 ban, said Lynne Parenti, the curator of fishes at the National Museum of Natural History. But the species has still suddenly appeared in the United States. It turned up in a pond in Maryland that year, in markets in New York, where it is a Chinatown delicacy and in Boston.

It was also once a popular aquarium fish, but that became “difficult because they are aggressive,” Dr. Parenti said.

It has also been found in California, Maryland, North Carolina and Florida, among other states. When it is dumped in freshwater bodies, as in Georgia, it ripples through the food chain.

“If you take all the bass out, whatever they are eating is going to be changed,” Dr. Parenti said. “So we really can’t predict what the danger is going to be, but almost always it can be negative.”

That means snakeheads in Georgia could disrupt local anglers. “Their parents and grandparents fished,” Mr. Robinson said. “We don’t want to see those species replaced with something we are not used to.”

He said the next step was to conduct genetic testing on the juvenile captives to see if they were related to the adult fish. He suspects at least one other parent is out there.

It is not clear how the snakehead suddenly appeared in the Georgia pond, which is near Interstate 85 on privately owned land. But residents sometimes dump nonnative species out of their aquariums and into bodies of water near roads because they no longer want to take care of the creatures, Mr. Robinson said.