Troy Tulowitzki Retires After a Brief Comeback in Pinstripes

BOSTON — After a year and a half away from the major leagues with a fractured ankle and bone spurs in his heels, shortstop Troy Tulowitzki wanted only one thing: for his 5-year-old son, Taz, to see him play again. The thought drove Tulowitzki every day through an arduous rehabilitation that seemed like a long shot to get him back on a major league field.

Tulowitzki got his wish this spring: At 34, he was the opening day shortstop for the Yankees, whom he watched growing up because of his admiration for their shortstop, Derek Jeter.

But the comeback was short-lived. Tulowitzki could not quite recover from a nagging calf injury, and there was no place for him anymore on the Yankees. They let him return home during the season to consider his future.

And on Thursday, Tulowitzki conceded to reality, announcing his retirement after 13 seasons in the majors, most of them as a dynamic star for the Colorado Rockies. By 30, he was a five-time All-Star who hit for average and power and had won two Gold Gloves for his defense.

Marc Stein has covered Jordan. He's covered Kobe. And LeBron vs. the Warriors. Go behind the N.B.A.'s curtain with basketball's foremost expert.

“I wish that my health had allowed for a different ending to that chapter,” Tulowitzki said in a 327-word statement issued by the Yankees.

At about the same time, the University of Texas announced that it had hired Tulowitzki, who attended California State University Long Beach, as an assistant coach. 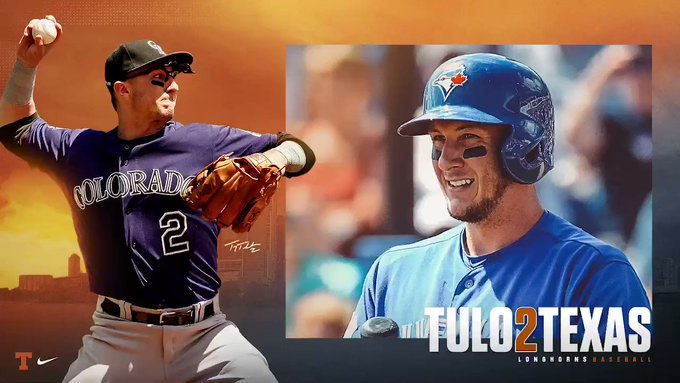 140 people are talking about this

In his statement, Tulowitzki thanked his family, his agent, the fans, his former teams — the Rockies and the Toronto Blue Jays — and also the Yankees for giving him one final shot. Tulowitzki finished his career as a .290 hitter with 225 home runs and a World Series appearance with the Rockies in 2007. Since the start of the 2016 season, he has played in only 202 games.

“I will always look back with tremendous gratitude for having the privilege of playing as long as I did,” Tulowitzki said.

“What I’ll remember,” Boone said, “is obviously a great player, but a guy that played a great shortstop and played it in such a unique way, with flair and the way he moved and played on the run and threw from different angles.”

The Blue Jays released Tulowitzki after the 2018 season with $38 million and two years left on his contract. He landed with the Yankees this off-season after impressing them in private workouts. He was expected to be the Yankees’ primary shortstop until Didi Gregorius returned from elbow surgery this summer. Tulowitzki went 2 for 11 with one home run before injuring his left calf.

“While this chapter is now over, I look forward to continuing my involvement in the game that I love … instructing and helping young players to achieve their goals and dreams,” he said. “I’m saying goodbye to Major League Baseball, but I will never say goodbye 2 the game I love. Thanks again 2 all of you!”

The use of the No. 2 was fitting: It’s what he wore most of his career, a number he chose because of Jeter.