Jeff Pearlman is the author of "Football for a Buck: The Crazy Rise and Crazier Demise of the USFL." He is also the host of the "Two Writers Slinging Yang" podcast. Follow him @jeffpearlman. The opinions expressed in this commentary are those of the author. View more opinion articles on CNN.

Moments earlier, Luck -- dressed in a gray T-shirt and shorts and out with a lingering left calf and ankle injury -- was watching from the sidelines during the Bears-Colts pre-season clash when ESPN's Adam Schefter reported that the 29-year-old would be retiring. The news was shocking. No, earth shaking. 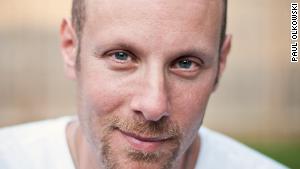 Jeff Pearlman
This was a quarterback who threw for 4,593 yards and 39 touchdowns last season; a quarterback whose team was deemed a legitimate Super Bowl contender. The last such megastar to leave the league this early was Detroit Lions halfback Barry Sanders, who walked away at 31 in 1999. But the Lions were perpetual laughingstocks, and most assumed he was simply tired of nonstop losing.
Luck, on the other hand, spent his first seven years battling all sorts of injuries, missing a full one and a half seasons while facing crippling ailment after crippling ailment. Finally, enough was enough. The joy was gone. The pain overtook the pleasure.
Enter: The gift.
Knowing that their hero was exiting the arena for the final time, Colts fans booed. And booed. And booed. Not all of them, obviously -- but many. It was an ugly, vicious sound, generally reserved for led-off-in-cuffs Wall Street execs and political conmen ousted from office. Luck heard it all; later, he admitted the reaction left an Indiana-sized bruise. "Yeah, it hurt," he said. "I'll be honest, it hurt."
What Luck probably didn't realize at the time, but will almost inevitably come to see, is that the boos were truth serum -- and one is far better off knowing such. 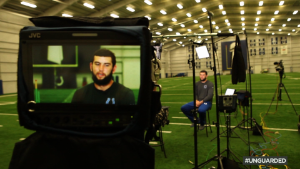 Andrew Luck: Perspective in the Pocket 04:11
Put differently, NFL players are meat. They are meat to owners; they are meat to coaches; and they are meat to fans. When a quarterback plays well, everyone loves him. He's the darling of the city -- free drinks, autograph requests aplenty, Instagram praise and Twitter glory, five-figure appearance fees and the finest cut of prime rib at the finest table in the finest restaurant. You are a king and a God, and you're making millions of dollars to live the life.
Then, because your body is in constant pain and you want your remaining time on earth to be prosperous and you realize throwing a prolate spheroid through the air only carries so much bliss, you decide you are done. And they scorn you.
In my two and a half decades as a sports writer, I have come to know hundreds of retired NFL players. Many were stars at one point or another -- standout pass rushers, quick-cutting halfbacks. They, too, experienced the bliss of athletic high, and found themselves drunk off the addictive power of NFL success. There are, after all, few experiences that can match the rush of being cheered by 70,000 people in your home coliseum.
Stay up to date...

More often than not, however, you ultimately wind up a ghost -- left alone to be told by the NFL's health care providers that your chronic headaches can be solved with two Advils; that being unable to remember your daughter's birthday is merely a byproduct of aging. Your knees are shattered. Your resume (2011-2014: Defensive lineman, Arizona Cardinals) is thin. You left school a semester early to prepare for the draft and never went back to attain a degree. Your jersey -- once $150 inside the team store -- peddles for $2.67 on eBay. It's been that price for months.
You are forgotten, and as you limp through your old stadium's hallways for a reunion of the so-and-so division championship squad, you realize that nobody recognizes you. And, if they did recognize you, they'd likely boo.
Because, once upon a time, you dashed their hopes by dropping a pass or throwing an interception or -- heaven forbid -- retiring early to care for yourself.
Andrew Luck is, indeed, lucky.
He was gifted the truth.
from:https://www.cnn.com/2019/08/25/opinions/andrew-luck-nfl-risks-pearlman/index.html
Please log in to like, share and comment!
Categories
Read More
Sports
India vs West Indies: Virat Kohli shows off dance moves in Guyana, even manages to rope in Chris Gayle - Watch
Only 13 overs could be bowled in the first One Day International (ODI) between India and West...
By Yoga Song 2019-08-09 06:56:43 0 74
9020.com
Beach Bowknot Decoration Straw Hat
Hat Type: Straw Hat Group: Adult Gender: For...
By Arthur Lin 2019-06-28 09:19:08 0 82
Other
Introduction To Prepaid Electricity Meter
Electric card  prepaid electricity meter is electromechanical integration Paid energy...
By Morgan Yhddb 2020-05-06 09:11:19 0 11
Shopping
Elton John reveals he told Tina Turner to ‘shove her song up her f***ing arse’ in furious row
ELTON John has revealed he told Tina Turner to "shove her song up her f***ing arse" during a...
By One Smith 2019-10-10 07:50:10 0 50