'Not bad for a running back': Lamar Jackson silenced his doubters with a brilliant performance

Lamar Jackson was nearly flawless on Sunday as he led the Baltimore Ravens to a 59-10 victory over the Miami Dolphins.

Jackson completed 17 of his 20 passes in the game, throwing for 324 yards and five touchdowns. While he was pulled from the game after the Ravens put the victory away in the second half, Jackson finished with a perfect quarterback rating of 158.3, and a historic game in terms of Week 1 production.

Lamar Jackson is the ONLY QB in NFL history with a game of:

But you always thought he couldn't pass & are are suffering from confirmation bias & negativity bias (greater recall of unpleasant memories).

He was the NFL's best 21-yr old passer in history.https://www.sharpfootballanalysis.com/analysis/you-are-wrong-about-lamar-jackson/ …

1,154 people are talking about this

After the game, Jackson was pleased with his effort, especially considering the criticism he received from some that his accuracy would not translate to the pro level.

Asked whether his effort proved to those doubters that he could throw the ball, Jackson told reporters, "Probably not, but not bad for a running back."

Lamar Jackson on today's performance: "Not bad for a running back." 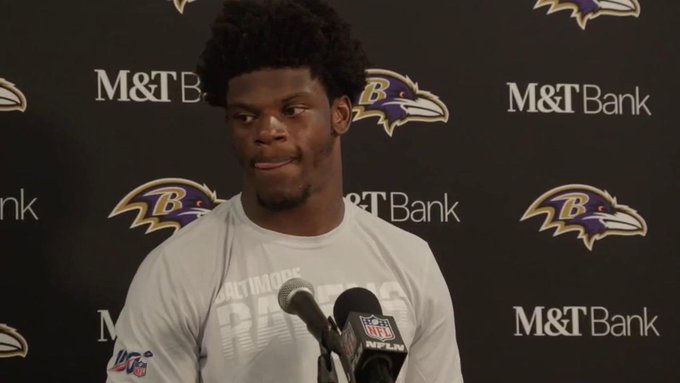 2,072 people are talking about this

Ahead of the 2018 NFL Draft, some scouts wanted Jackson to work out as a wide receiver or running back, which he refused to do.

Jackson's effort was helped along by a Dolphins team that is in a tailspin. With solid protection against a lackluster defensive rush, Jackson had all the time in the world to watch plays develop, and drop passes into receivers' hands seemingly uncontested.

Read more: It only took the Miami Dolphins 30 minutes of awful football to make a case as the worst team in the NFL this year

But Jackson can't control his opponents, only his own game, and on Sunday, he played about as well as a quarterback can play in the NFL.

Jackson will try to keep his hot streak going in Week 2 when the Ravens host the Arizona Cardinals in Baltimore.